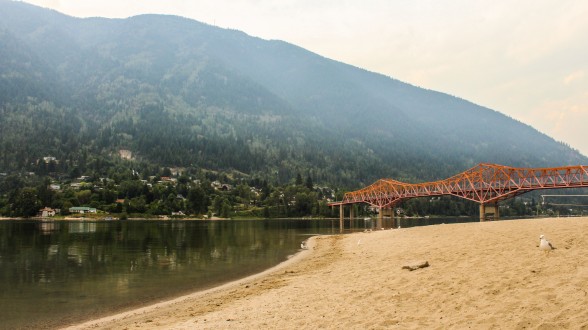 I was really split as to what to do once we got down from the mountain. There was a free vegan lunch at the park for the community and I really wanted to go; at the same time I had already skipped almost 2 days of a festival I had already paid for. I hung out at Cottonwood Falls mulling it over with great people around as usual and in the end I left before the free lunch.

The decision to leave felt right… most of my trip I went with what seemed right in the sense of I should do it and by letting go of my comfort zone in the process. I started off with the long walk to the orange bridge that was seemingly so far but only took my about 30 minutes to make it there. It’s amazing what determination can do for you… keep in mind there was still an overly large pack on my back. 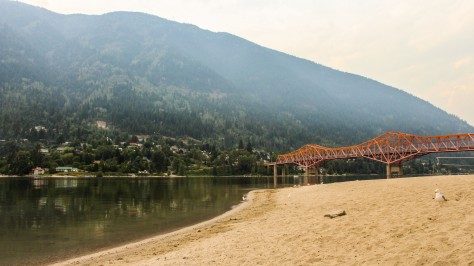 I waited about 45 minutes to an hour before I was picked up but it all worked out as the guy drove me right to the ferry. I found some great sweaters at the dock that I’ve always wanted and I managed to strike up a deal with the women and got one for cheaper than I expected. Just before I took off I saw she had some wire wrapped crystals and I offered up some of my nice quartz I found up at the crystal caves for her generosity she offered me. I’d given more away hitchhiking despite having had less than before, but no matter what happened I seemed to be provided for; generosity is undervalued today and even just a smile can perpetuate wonderful things. 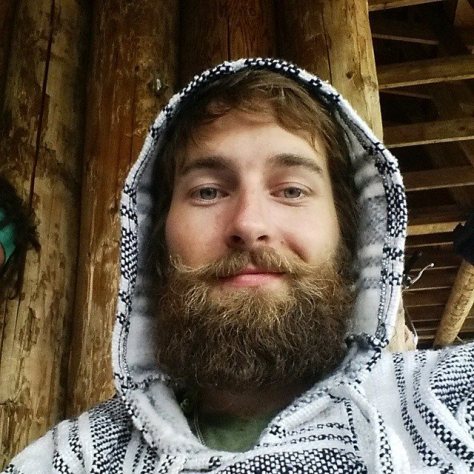 The ferry was nice to ride with mountains and water surrounding you, being the one of maybe two people who boarded on foot was kind of neat sensation too. I arrived on the other side of the water in Crawford Bay where there was two kids playing harmonica together… the skill and synergy they had, blew me away. I walked up to the little hut on the hill and picked up some yummy ice-cream after being in the hot sun for a while (first time I really paid for anything since my trip started). I was taking a moment to appreciate everything that had already happened and great experiences to be had, when someone began to strike up conversation with me about my Starbelly sign… next thing I knew I had a ride to the festival! 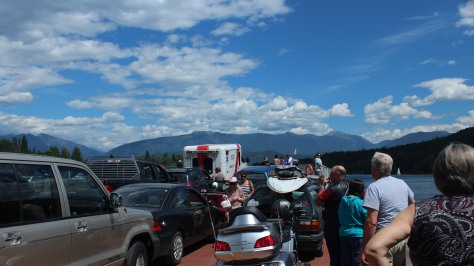 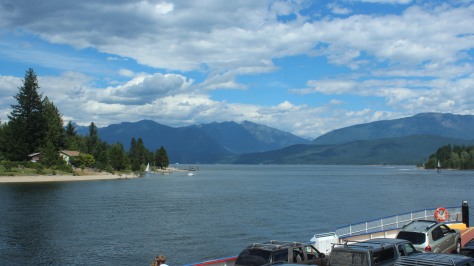 I paid my camping fee… even though I could have easily snuck in without a car. I made camp in the back of the field for some nice peace and quiet, got ready for a jammin’ evening and off I went. Once inside the gates it was such a cozy small festival, very family oriented which made it feel so peaceful and lovely. I began to peruse the vendors and found some really neat things, unfortunately I had a pretty tight budget but did manage to get some great scores. I had been looking for a waist pouch (many pockets not a fanny pack :P) for a while but could never find any masculine ones that I liked… and fit me, but I found one that works just perfect! What an amazing start to a festival season! I later found a ring that snagged my interest… and I’ve maybe worn one or two other rings ever so it’s a big deal :P. The evening music and later on into the night was fantastic. I got to meet many great people unfortunately I didn’t get much info from anyone there but it was fun and those memories are now locked away :). 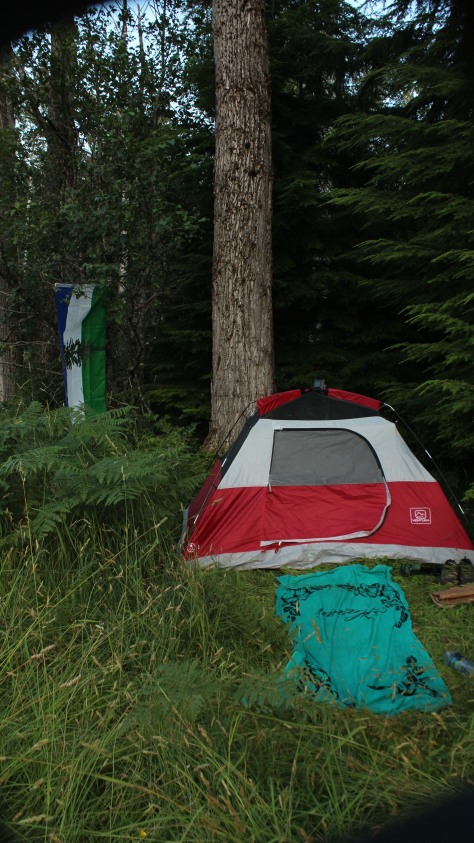 Sunday night I headed in a little bit early so I could get a bright start in the morning hitching back to Nelson. Unfortunately there was a group of younger kids/ adults that were blaring their “obnoxious” music and towards the back of the large field… it was a huge field but the music went all the way. I was getting very angry and just wanted to sleep, and normally I can sleep through anything. At one point I was about to yell out at them to turn off their music very aggressively  but instead I decided to go and ask politely. One of the guys walked over and apologized right away and turned it down… from there I pretty much passed out when I got back to my tent. What did I learn here? You don’t have to choose the aggressive or rude route to solve things even if you think it’s the only way such people will react; The outcome turned out peacefully and how I would have liked it dealt with if I were in their situation. That night I went to bed with a peaceful mind and a sense of accomplishment. 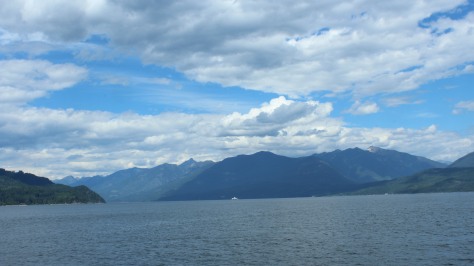 ***All photo’s are in raw form as I had to reformat my computer and didn’t re-install my editing software, enjoy the originals 😉

Unfortunately this writing has taken longer than I expected and I will be back with more fun stories from my Adventures! What’s next? To Nelson then to Nakusp Hot Springs…

“Be grateful, and never be afraid to ask for help… The Universe is working in your favour.”