It seems I have lulls in my writing from time to time, but I manage to pull through and get back on. I do want to express my gratitude to everyone that provides feedback and who takes the time to read my posts regardless of time between each one.

I sit here with some fun instrumental music playing thinking of what I should write about… I have some idea’s yet it’s always difficult to figure out where to start. Funny thing is I usually write and feel like I don’t have much to share and then next thing I know I have to proofread 5 paragraphs :P. 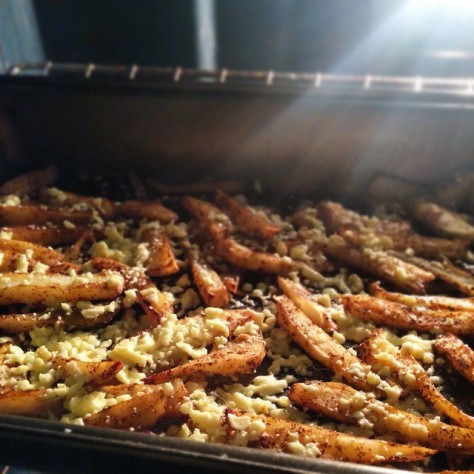 Work has been pretty steady, lots of people quitting smoking and coming back super happy that they feel much better and save a ton of money. The only problem that I’ve been having is keeping things in stock. I’ve been pretty diligent in putting in orders before things are required… then Canada Post or for some other reasons things get held back. It’s pretty tough to run a happy customer base when you lack product that people want, I’m waiting almost two weeks or more to get things that I need. Regardless I’m plugging away and doing the best I can with what I’ve got.

Sagan has been pretty good and I recently picked up another kitty named Bella to keep him company when I’m not around. Things were iffy at first, Bella was really shy and Sagan just wanted so badly to be her friend. He would walk up ever so slowly to see how she was doing and say hello, but she would always hiss at him and swing a paw… funny seeing such a cute little cat look so menacing :P. After a few days they mutually began to chase each other which is nice. They aren’t really into cuddling each other which I was hoping would happen but only time will tell right! They do tend to mimic each other when they sleep or nap but it seems like right now they have a real love hate relationship.

I had a game night the other day but due to unfortunate circumstance it was cancelled so in the mean time I decided to Built a Kitty Castle… Catstle Dare is say :P. It’s done yet but the kitties like to play in it. 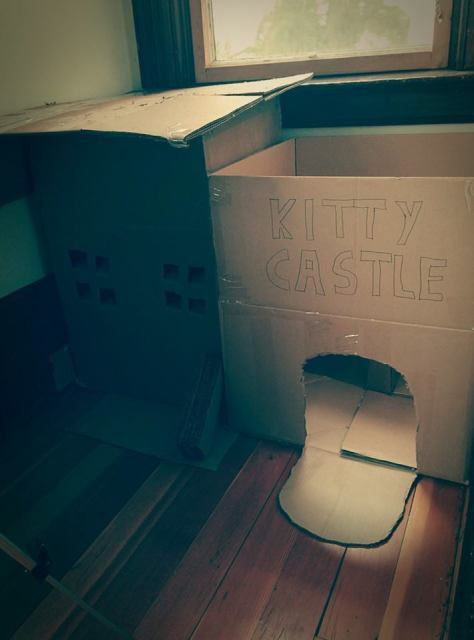 Lately I’ve been trying to make more of an effort to have less waste and using more natural products. I’ve started to make my own toothpaste and am offering it for sale as well. Glass containers and combo kit with compostable Bamboo toothbrush, at the very least I’ll have toothpaste without a ton of chemicals and no more wasteful toothpaste tubes. 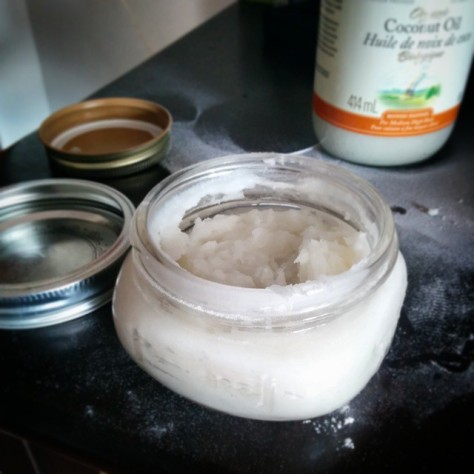 I got my longboard re-gripped with a nice funky green tye dye pattern, I have to say it actually took some getting used to having full grip on my board… I have to semi re-learn my balance because now I have to lift my feet more instead of sliding them across the board.

Started to play Dungeons & Dragons with some friends and I find we mesh well, which is pretty exciting for me since as much as I like people… it’s exhausting to be around many people when you don’t share similar views or being around people who don’t respect them. Maybe it’s just me but I do a lot of conversing at work as it is, so I think I have my fill of “public”. 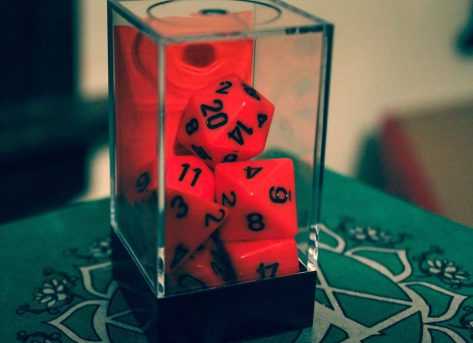 D & D seems to have a sort of stigma attached to it or stereotype and to be honest it’s way more fun than I ever expected! It’s pretty much adult story telling with friends… when did we learn or become conditioned to lose our imaginations or story telling. Sure we can express it through other forms of art but I find creating stories really helps expand your mind and creativity… don’t bash it till you try it right!

I’ve been watching a ton of Dragon Ball the original series with subtitles, to be honest I think I like it better than the DBZ series… it’s comical and I love little Goku’s voice and reactions; such innocence <3. It’s really neat to learn how all the connections of the characters came about too ^_^.

I also realised that Japanese culture conditions kids to sexual content and makes it less of taboo subject; to be honest I don’t even see it as a bad thing. It seems in North America sexuality is created to be a topic not to be spoken about, but that makes it so much more troubling to talk about when you have desires but feel they may be wrong. In reality they may be a common thing… I’m not speaking about anything specific but just in general… Some people feel certain ways and should never feel ashamed of how they feel or who they are. In life we need to be comfortable with who we are and not let society dictate who we become.

I think that’s all for now I hope to keep this motivation going for future posts, thanks again for all the support… hoping to motivate myself to get another Zoticusslife video up soon be sure to pester me about it ;).

“Fear is something that is created by imagining something that hasn’t happened yet… that near insanity. Don’t be mistaken danger is real but fear is merely created”