I’ve been watching a lot of Cosmo’s (one of my favourite shows) as I love our Universe and space and everything within our own planet as well. I feel very strongly about climate change and I feel that everyone should educate themselves… not just on climate change but the Universe itself. It doesn’t pay to play ignorance.

Personally I think that this century will be one of the most important in human history; the deciding factor of whether or not we can save our species.

Studies show that if the earths surface reaches approximately 2 degrees Celsius we could be set up for an irreversible Greenhouse Gas effect. At the current rate if nothing changes to how we are living, by the end of this century the earths surface is looking at a  temperature of 4 degree! Double of a projected irreversible state.

Educate yourself and make a difference, not only for you but the future generations to come. Today’s day and age “Legacy’s” have seem to lost importance and selfishness has been replacing it. Be wise and look out for the future of your family and our Home… Earth.

Rainbow after the hail storm

A friend expressed this to me the other day and it made so much sense. We’re trying to get into space and learn to inhabit other planets; it’s great but what good will that do if we can’t even sustain our current habitat? 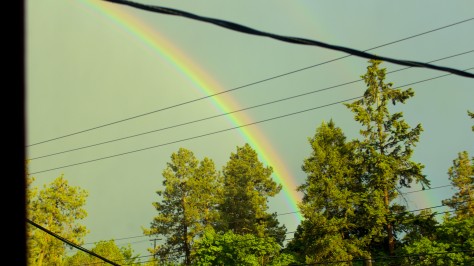 Let’s start caring for each other, living more green; be respectful to one another and all living things on this planet… we’ve only been able to survive on this planet and we are all one. Pollution does not recognise fences, border and continents it only know our globe. 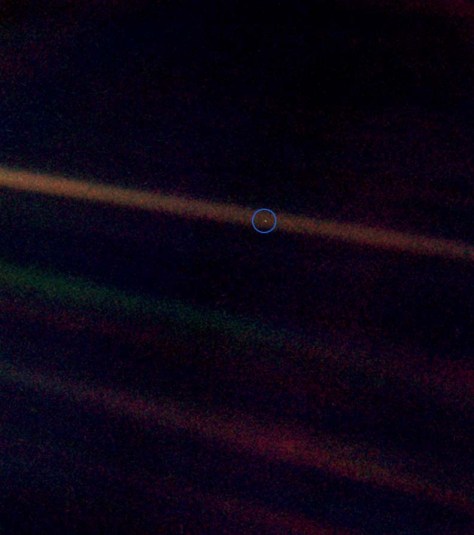 “Look again at that dot. That’s here. That’s home. That’s us. On it everyone you love, everyone you know, everyone you ever heard of, every human being who ever was, lived out their lives. The aggregate of our joy and suffering, thousands of confident religions, ideologies, and economic doctrines, every hunter and forager, every hero and coward, every creator and destroyer of civilization, every king and peasant, every young couple in love, every mother and father, hopeful child, inventor and explorer, every teacher of morals, every corrupt politician, every “superstar,” every “supreme leader,” every saint and sinner in the history of our species lived there-on a mote of dust suspended in a sunbeam.

The Earth is a very small stage in a vast cosmic arena. Think of the endless cruelties visited by the inhabitants of one corner of this pixel on the scarcely distinguishable inhabitants of some other corner, how frequent their misunderstandings, how eager they are to kill one another, how fervent their hatreds. Think of the rivers of blood spilled by all those generals and emperors so that, in glory and triumph, they could become the momentary masters of a fraction of a dot.

Our posturings, our imagined self-importance, the delusion that we have some privileged position in the Universe, are challenged by this point of pale light. Our planet is a lonely speck in the great enveloping cosmic dark. In our obscurity, in all this vastness, there is no hint that help will come from elsewhere to save us from ourselves.

The Earth is the only world known so far to harbor life. There is nowhere else, at least in the near future, to which our species could migrate. Visit, yes. Settle, not yet. Like it or not, for the moment the Earth is where we make our stand.

It has been said that astronomy is a humbling and character-building experience. There is perhaps no better demonstration of the folly of human conceits than this distant image of our tiny world. To me, it underscores our responsibility to deal more kindly with one another, and to preserve and cherish the pale blue dot, the only home we’ve ever known.”
― Carl Sagan, Pale Blue Dot: A Vision of the Human Future in Space