First off today is a major me day, I’ve been working hard from work to schooling and even language training.

I feel great as I have a fantastic job and work with great people and just the individuals around me have been so lovely.

In my last post I said I would kind of explain about the “failed connection” I guess you could call it. Things did seem pretty great for a while but the entire time there was something not there, something that tugged at me that I couldn’t quite grasp at despite things seeming to be great… I felt it but chose to ignore it because it was so miniscule. One day we were chatting and maybe I said the wrong thing and suddenly we were “on different pages”; I have to say I was pretty torn up that morning after the dissolution of the friendship. I worked on the things that were making me happy in life and my day really turned around. I stepped back to what I’ve always told myself “never regret a thing in life“. Even when you do dumb things or have a terrible break up like I had 2 years ago, you have to be happy for the times you had; the good and even more so the bad. Look at it this way: if you never went through hurt, paint, or heart-break would you really be the person you are today? I think not. Anyway that’s kind of what happened and I’m glad for the small moments of joy I had.

Enough of this girly talk; I’ve been growing my beard for 2 months now and it’s getting pretty thick as it once was in Haiti, the only difference is it’s getting cold where I’m living now and my face is nice and warm! At work I’ve had many people come by just to tell me I have an awesome beard, or ‘many people can’t pull off a good beard but you sir can!“. It’s really cool to have people come by and compliment it… honestly I’m just growing my beard for me not to impress people but hey I’ll take it, keep the compliments coming 😉 good genetics I guess! 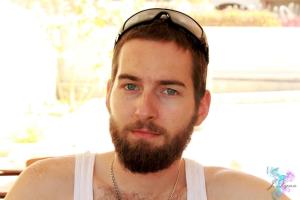 In late October I sold 4 phones at work in one day and made a hefty commission from it which is great for me… puts me on track for comfortable living. I’ve been getting compliments from “upper management” for my accomplishments as a newbie which is super cool, but I keep telling everyone ‘honestly I’m just doing my job“. Oh Nov 1st I kicked off the month with selling another 4 phones putting our store at 7 and #1 in BC East for the start of the month. I also keep getting told by my customers I have a very mellow/ calm demeanour and that they like that… none threatening pressure.

I’ve had a great workout sitting on my computer for over a year now and haven’t really gotten around to setting up a schedule to use it… well I finally sat down and spent at least an hour setting up my workout routine. The whole process will be over six to eight months but it’s finally started and I’m super pumped to get my beach bod! (that last statement really made me chuckle) 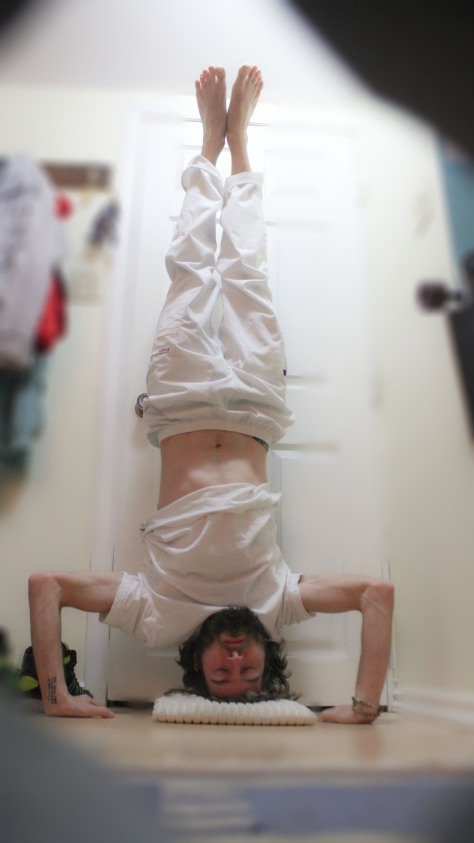 Some other things I’ve been up to lately me having enrolled in psychology classes online (free) that offers a diploma but it isn’t accredited… fine with me I’ll still hang the diploma. On top of that I’ve been listening to psych lectures from Yale which happen to be very fun for me to listen to. I have to say that I actually already knew a lot that is being taught on those lectures; in a sense it’s very reassuring that I find Yale lectures “easy to listen to”. Some other learning I’ve been doing but kind of slowed down on it since I’ve taken up so many other things and work 5 days a week is learning new languages. I have Rosetta Stone on my computer and I have taken up Arabic. I think it would be a neat language to learn… I mean I grew up with so many Lebanese people and always wished I knew what they were saying… I have also set out a goal to know at least 7 languages in the next 5 years and I’m already at 3.

So Halloween just went by and maybe some of you went out with your kids or by yourself, and some of you may have handed out candy… ready for a surprise I actually went out “clubbing”, yeah I know it’s def. not my scene but I was convinced to go out and have a night for myself and I’m glad I did. The night was filled with good company and well mediocre to good music haha.

I didn’t get a chance to record a Vlog this week but I’ll try to get one posted in the next few days if not tonight.

So at the beginning of the blog I talked about how today was a ME day; last night was the first night I didn’t wake up in the middle of the night in over 3 months… maybe it had to do with me being really tired or the fact I was talking to a pretty great person last night… I’m going to stick with the latter. This morning I was blessed with a photo of my girls from Haiti… my heart bled because I miss them so much. As I reminisced on the old photo’s and the newest one with their huge smiles I couldn’t help but cry. I was getting ready to write my blog as I waited for my bath to cool down but I was so overwhelmed with emotion that I had to lay on my bed and take it in… I love the kids so much and they will always hold a piece of my heart <3.

Twins and I napping

There’s one of my real smiles ❤

“Enjoy every moment in life; it’s the hard times that show you the good, the better, and the best!”

4 thoughts on “To Those We Love”