Not much to report… still waiting on my advisor to get back to me on my Business loan approval, which she thinks shouldn’t be an issue at all… and it’s the weekend so I won’t hear anything back for until our appointment on Tuesday.

It’s been a pretty calm weekend but it’s been raining a rather lot, enough that the fire ban was lifted. The land really needed the water everything was starting to turn brown and crispy.

I was supposed to work on the weekend for a promotional gig but the company is very bad at organizing things as I didn’t get any materials to work the whole weekend… I guess I’m only being paid for one day this weekend… hopefully they get things together for the following weekend… I could really use the money.

I was sitting outside with Brent and some of the other Hostel Neighbours and one of them that just moved in was getting rid of a rather nice table and offered it to me… I snagged that up right away; I’ve been trying to figure out a way to change the location on my computer for a while. This new table excited me to try some new things so I moved everything around. I created a living area, kitchen/ dinning area and… a dance floor spot haha. Now that I took some wasted space and turned it into a living room this place is way more cozy than before. 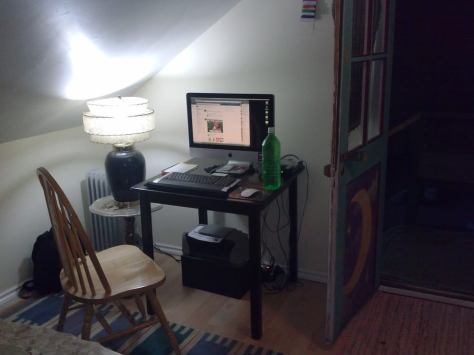 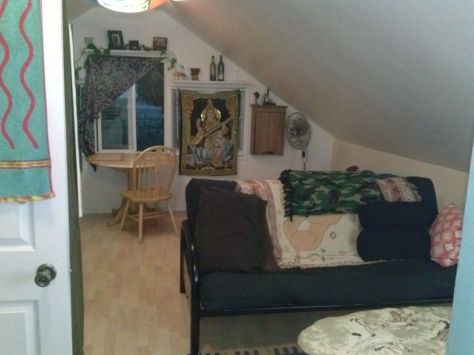 I’ve been hanging out with a really rad dude that lives here named Dayton… we have some pretty awesome conversations and one of the most recent ones was about Bonsai tree’s. I never realized Bonsai’s were just the art of taking care of the tree not a specific type. We’ve had some good conversations over the past week about them and how much fun it is to do (he has 4 or 5). The neat thing about Bonsai’s is you can take any tree and it adapts and becomes miniature as long as you keep trimming it.  We’ve decided to scope out some tree’s and start making our own; this type of project is not for the faint of heart… it takes many, many, MANY years to develop a thick nice growing Bonsai. Here’s just a few that we’ve started for my own collection. 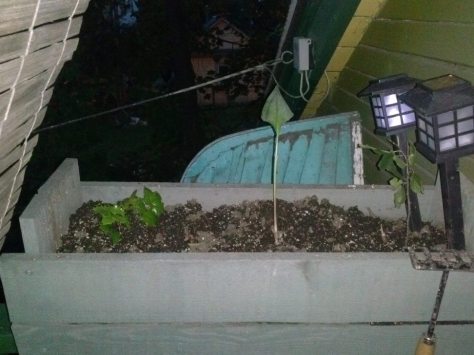 In a years time they should be about 1 – 3 feet tall and completely sculpt-able.

Thanks for keeping tabs on my Walk of Life I’m sure I’ll have some more stories for you soon! Hope you’ve all had an amazing weekend!