It’s tough to sit down and write blogs when you don’t have a proper desk but I’m making an effort to keep everyone up to date on my life! 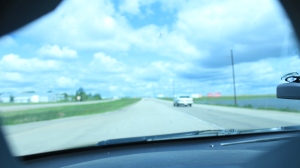 Driving through Saskatchewan was really interesting… seeing all the stereotypes that it’s flat, and let me tell you that when it’s flat it is as far as the eye can see. As the day light began to rise I saw some of the most beautiful sights, Sask. was one of my favourite sections of my drive despite being the longest leg in a Province/ State. There were some parts I drove across that had really awesome hills and some awesome spots to go longboarding… if I ever get good enough to Bomb a hill at 75 Km/h or more.

It was nice to get out of my car and take some photo’s… I had really fallen out of touch with my photography and spending even the 10 or 15 minutes I spent taking photo’s really gave me an awesome feeling. Just reminiscing on the photo’s with the rolling fog gives me a lovely feeling. The feeling I felt was probably a  lot of things from remembering my passion to, I’m happy I’m walking around on my two feet instead of sitting on my butt for hours on end. Most of my drive in Saskatchewan was on empty roads, I didn’t see many people other than in little towns/ cities.

There was a point where I was getting Scarily tired and I had to pull over, and taking the last swig on my single energy drink I had been milking for the past 20 hours just made things worse… it also seemed like there was no rest stops in sight more miles upon miles, finally I came up on one, put some gas in my car and pulled around back for a nap. This nap I took was only about an hour and a bit for two reasons, one was that it was too hot and the other because I was so close to my new “home” only about another five and half hours or so away. I woke up from this nap really confused not really knowing where I was, I was so groggy and messed up from the amount of driving I had done and lack of sleep. I put my shirt on hoped in the driver seat and followed my GPS. After about 25 minutes of driving I snapped back into things and was all smiles from there, my adrenaline was racing at the idea I was almost at the home base… a new adventure.

Welcome to Alberta said the sign I think… never the less I was cruising, and there was much more traffic now than there was in the past few hours. I managed to make it to a rest stop just before Edmonton, I could actually see the Edmonton City sign I was so close but I needed a pee break and to stretch my legs since I didn’t know what kind of congestion the city would have. I took out my longboard did a few rounds of the building jumped back in my car and off I went. My cell services finally kicked in and I had internet everything my generation is sucked into, I was able to post on Facebook and message friends that I had finally made it.

It was around 3:30 in the afternoon and I had made it ahead of schedule… approximately 4 hours ahead of schedule which was great because I wasn’t looking forward to arriving in town just to go to sleep then start working at 7Am the next day. I started working with an insulation company and it was great money but the waking up at 5:30 AM was honestly taking a toll on my body. I’ve heard it a million times that your body will get used to it… it won’t, not for me anyway. I had been in the Military for many years along with doing pipe fitting where I was waking up at 5 AM everyday but to no avail I was never able to get used to it. I had started going to bed around 9 or 9:30 at night which by the way it’s still daylight here at those times. It helped with my general awake fullness during the day but still I was dreading the mornings. The job helped get me on my feet a bit but there’s still much growth to be had.

What I’ve taken away from Edmonton so far is the Pedestrian Crosswalks which are non-existent in my home town of Windsor, but huge here (you’ve got so much power stopping all the cars!). If someone steps out into the Ped. Crossing lines every car stops regardless of your speed… which is crazy most of the crossings are just signs I much prefer the ones with lights at least you can see what’s happening farther ahead if someone wants to cross. There is a ton of spots for longboarding so that I can expand my skill… and get hurt as most of you have seen on my Facebook. 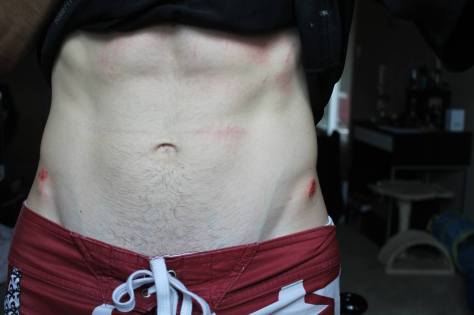 Let me say one thing about Edmonton… the roads are Crap… I figured for a major city the roads would be much nicer but they really aren’t I think they are pretty at par if not worse than Detroit roads. I guess one other thing I’ve noticed is everything is pretty much Privatized here in Edmonton for example speeding… you don’t see police doing traps and such it’s all photo radar which are sneaky buggers, but I have yet to get a ticket, since I don’t speed. I actually find myself doing the speed limit almost bang on but I think it’s because most of the drivers drive super slow here usually 10 under… which is usually 50 Km/h which in fact is the normal posted speeds in my province I guess it’s nice to be able to drive 60 Km/h on the regular and not worrying about getting a fine.

I still have so much more to share but I have to get ready for work at my new job with Donorworx/ World vision. ^_^

– Everyone has a dream; don’t just chase yours, help others find and fulfil theirs.